Tarot Cards Rise in Popularity During the Pandemic

Lynn Araujo, an editor at US Games Systems in Stamford, USA, has seen a huge growth of sales of tarot and oracle cards since she began working there in 2004. And that’s an effect that’s been mimicked across the whole industry since the start of the coronavirus pandemic. Worldwide, there’s been a spike in interest in tarot, and especially tarot readings by phone, because people have been looking for answers to the seemingly unending uncertainties. Phone tarot readings have become the go-to for many people who have been unable to visit card readers and mediums personally.

Araujo said that the company’s sales have doubled or even tripled every year over the last decade. Now working from home in the Black Rock section of Bridgeport, she states that the company used to order a print run of about two or three thousand of each new deck, and if they sold out in around six months, that was considered a pretty good achievement. As time passed, demand meant that print runs of 5,000 were more typical, but in recent years, eight to ten thousand per print run is more typical.

The only thing limiting production now is the capacity of their warehouse, and there’s greater demand than they can physically fulfil.

The COVID pandemic is the most obvious explanation for why there has been such a huge surge in tarot, with all the accompanying media interest. Tarot readings over the phone have also become popular due to the isolation imposed on people by the pandemic. But Araujo also believes that these are stressful times generally, so people are looking for pastimes like Tarot that can offer relief, clarity, or even a simple distraction from what’s happening around the world.

Araujo said that the company had experienced a similar surge of interest in tarot cards after the 2008 financial crisis. But the main difference between then and now is that the appeal of tarot has become much broader today. It’s not so much that people are looking for fortune telling or divination. Nowadays, more and more people are looking for insight on how they can approach a particular problem or how they can change their mindset about certain situations in their lives.

People have come to accept tarot as part of the culture. Fashion lines from famous brands like Christian Dior have taken inspiration from these cards, and tarot is now used by some therapists the world over as there’s similarities between the process of reading the cards and Jungian psychology.

Game of Thrones, Disney characters, James Bond, Star Trek, Marvel Superheroes, and even Gummi Bears have been the inspiration for new designs and themes in tarot card design. The public has backed Kickstarter projects in recent past for the designs of modern versions of tarot cards. In the past decade, funding for these types of cards through Kickstarter has been estimated to add up to $21.7 million. And what’s more interesting is that 69 per cent of these pledges came between 2020 and 2021, with the biggest jump in the popularity of tarot cards being between April and May 2020.

In 2020 and 2021, practitioners offering tarot readings by phone have also seen increased demand for their services. More and more people have wanted to know how they can deal with the life changes brought about by the pandemic better and at the same time, are looking for ways to deal with the stress it has entailed.

Araujo’s latest project has been a collaboration with fantasy artist Lisa Hunt. They are working together to create a Pastoral Tarot, an Americana theme which is based on the Depression era and inspired by Araujo’s fondness for the countryside she grew up in.

The main concept for each card has been devised by Araujo, and Hunt then took these ideas to aid her in crafting paintings. Araujo has also written an entire book to supplement the deck, with the background story for each card inside.

In a standard tarot deck, there are 78 cards that are all open to interpretation, not only by the reader, but by the artist and the writer as well. In the Pastoral Tarot that Araujo and Hunt have been working on, for instance, they replaced the traditional chariot card with a hay wagon, which still conveys the same message about getting the work done, but with a different feel.

There are different moods and tones as well within the scenes on each of the cards. Some are bright and sunny while others are dark with clouds; some feature barren earth while others depict blooming orchards. In essence, the co-creators wanted to capture the innocence and the hardship of the era they were depicting.

Araujo said she has also worked on oracle decks, which have fewer cards and are almost a lite-version of the tarot deck. They’re not structured the same as a traditional tarot deck and tend to be more straightforward. Good for beginners, they are easier to learn and understand. Many people combine tarot and oracle decks when doing readings.

At present, the company has around 180 different tarot decks available, many of which are more or less faithful to the Rider-Waite deck which was designed in 1909 by English artist Pamela Smith Colman and set the standard for modern tarot. Colman is also famous for illustrating the works of poet William Butler Yeats and the novelist Bram Stoker.

The founder of US Games, Stuart Kaplan, first discovered the concept of tarot at a toy fair in Germany in 1968. It piqued his interest, and he went on to acquire the rights to the Colman-designed Rider-Waite deck. Tarot cards were so instrumental to US Games’ success that he chose the Fool from the Rider-Waite deck as the company’s logo. The Fool is usually depicted as a vagabond and can be read as an innocent optimistic, but also as dangerously aimless.

According to Araujo, owning the rights to that famous deck was almost like owning The Beatles’ songbook. It’s a concept that has been repeatedly replicated the world over.

A tarot card reading is used by many people to decide how to deal with a situation they are facing. There are many ways to access tarot readings, and one of the most popular today is through a phone tarot reading.

If you’re interested in the concept, the team at Trusted Psychics can assist you. We have expert tarot card readers who are ready to listen and provide you with a reading professionally and at an affordable price.

We also have clairvoyants and mediums available to assist you with whatever area of your life you are interested in exploring. While tarot cards cannot predict the future, our team of spiritual readers can make it easier for you to look into your past and present and see how you could live better in the future.

You can browse trusted-psychics.co.uk for more information about our services. 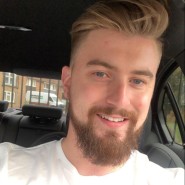